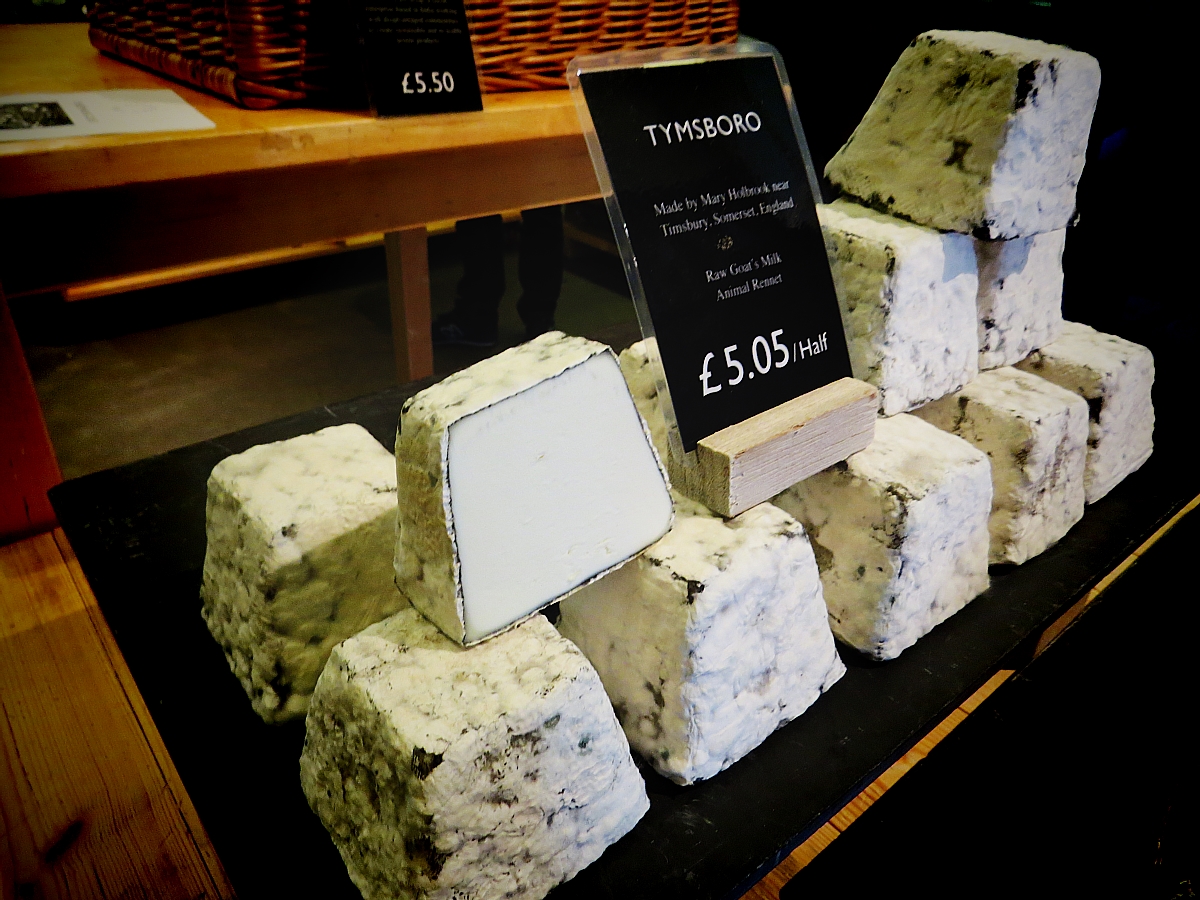 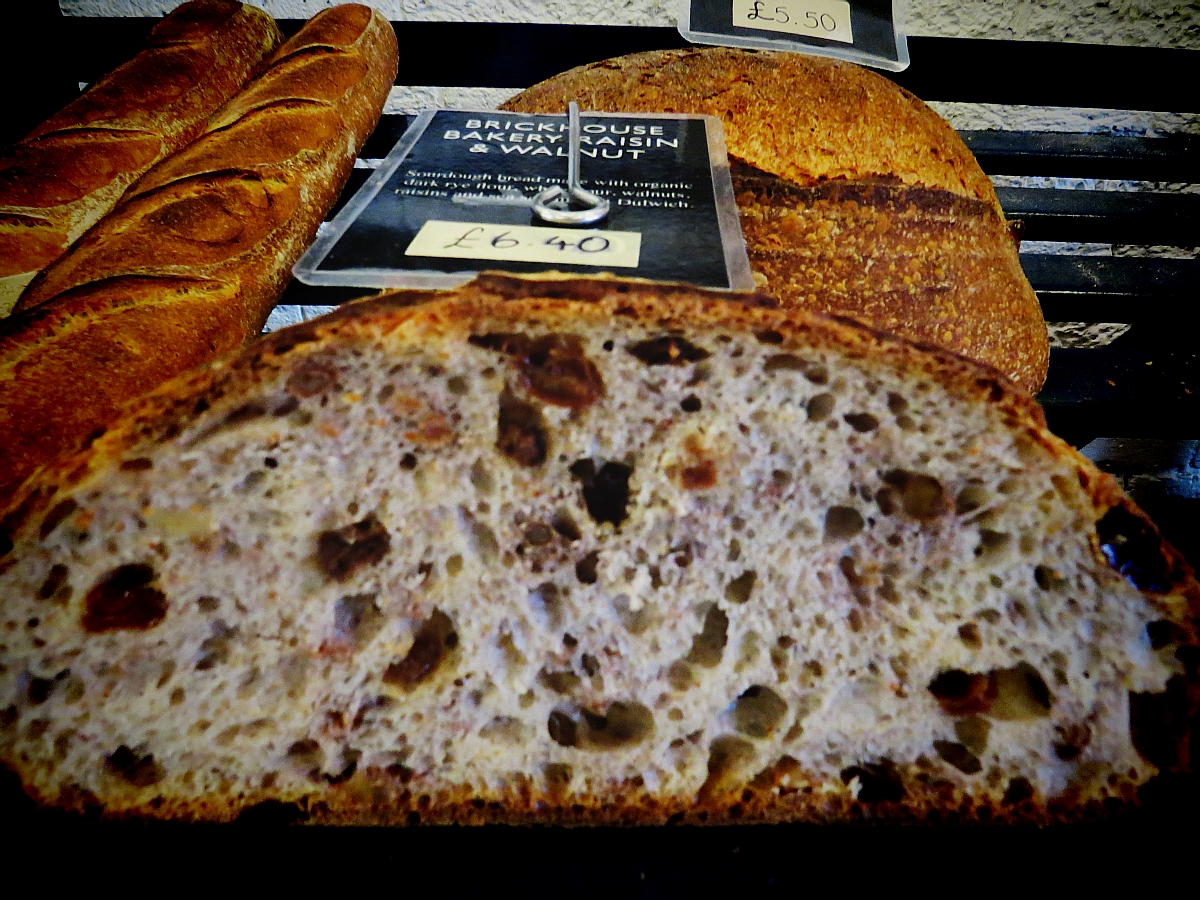 It was one of the best markets I’ve ever been to in the world. Of course, it’s been around for over 1,000 years, so they’ve had a lot of practice to get it right. I didn’t want the day to end. There are more than 100 stalls at the market, so it’s easy to become overwhelmed. Here are my tips for the foods you don’t want to miss.

Everything You Should Eat At London’s Borough Market 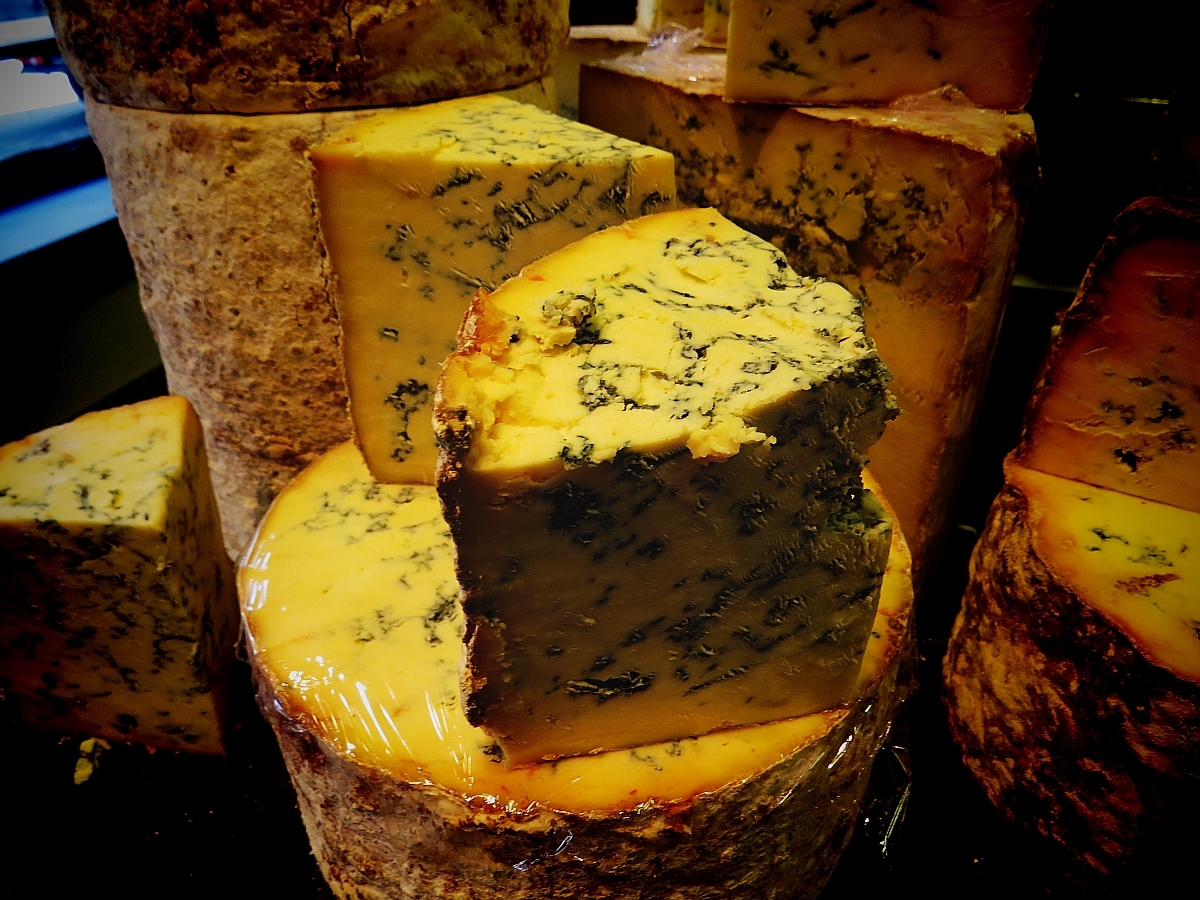 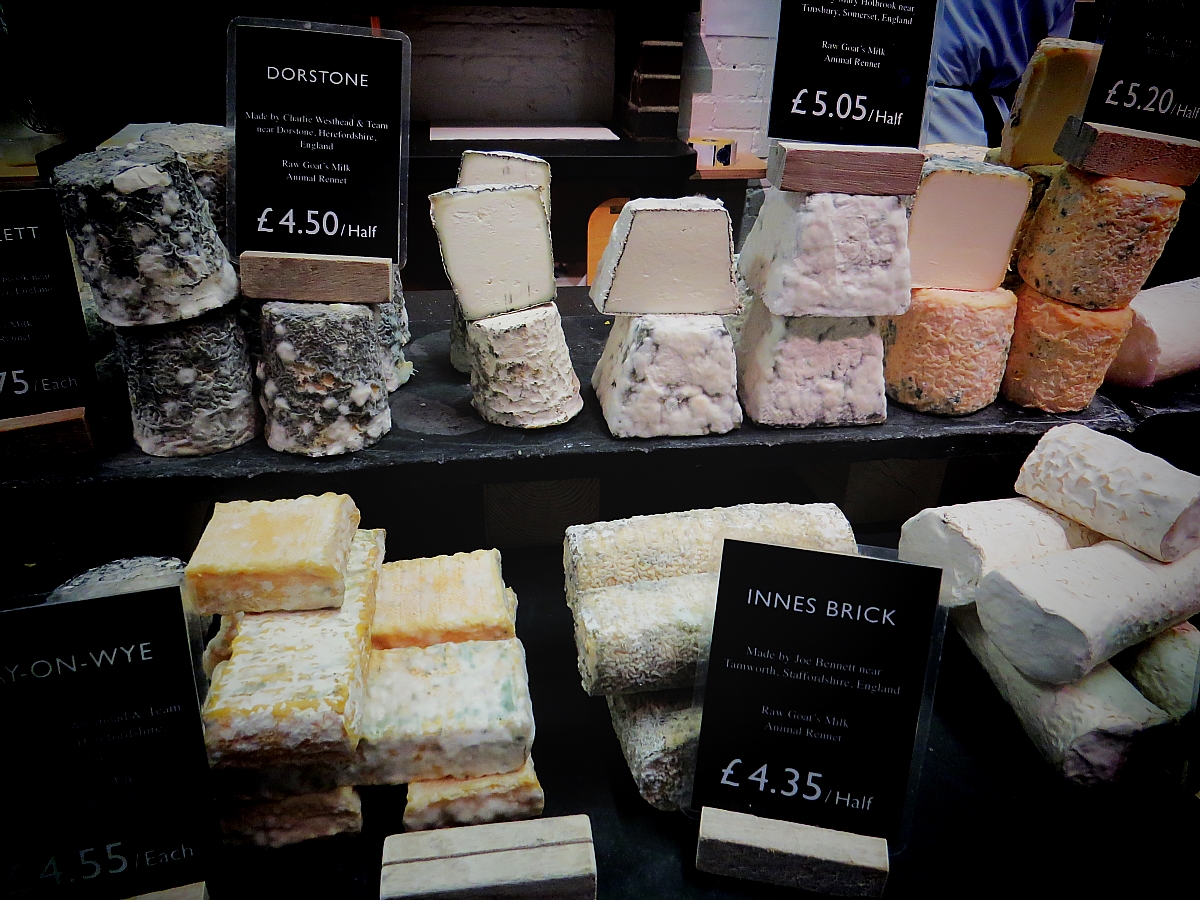 True confession. I had been in a cheese drought after living in Mexico, and all of this cheese brought me wild tears of joy. And the bread! A slow ferment with a perfect crumb. This was bread perfection. My hint here is to get the cheese and bread to go and enjoy it later. There’s plenty of other stuff at the market you are going to want to enjoy now. 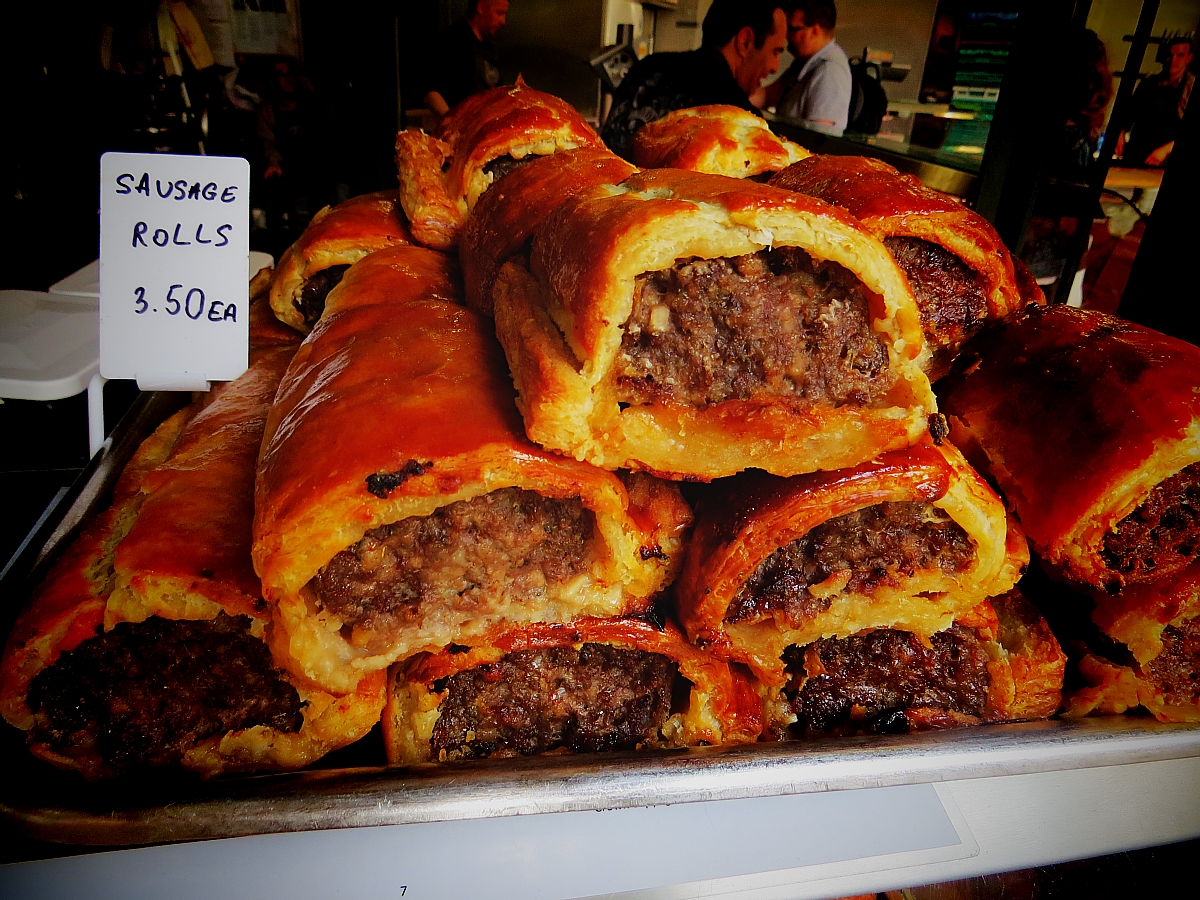 Eat one of these immediately. Yep. The whole thing. It’s basically puff pastry wrapped around sausage, but it’s really such a wondrous thing.

3. All Of The Produce 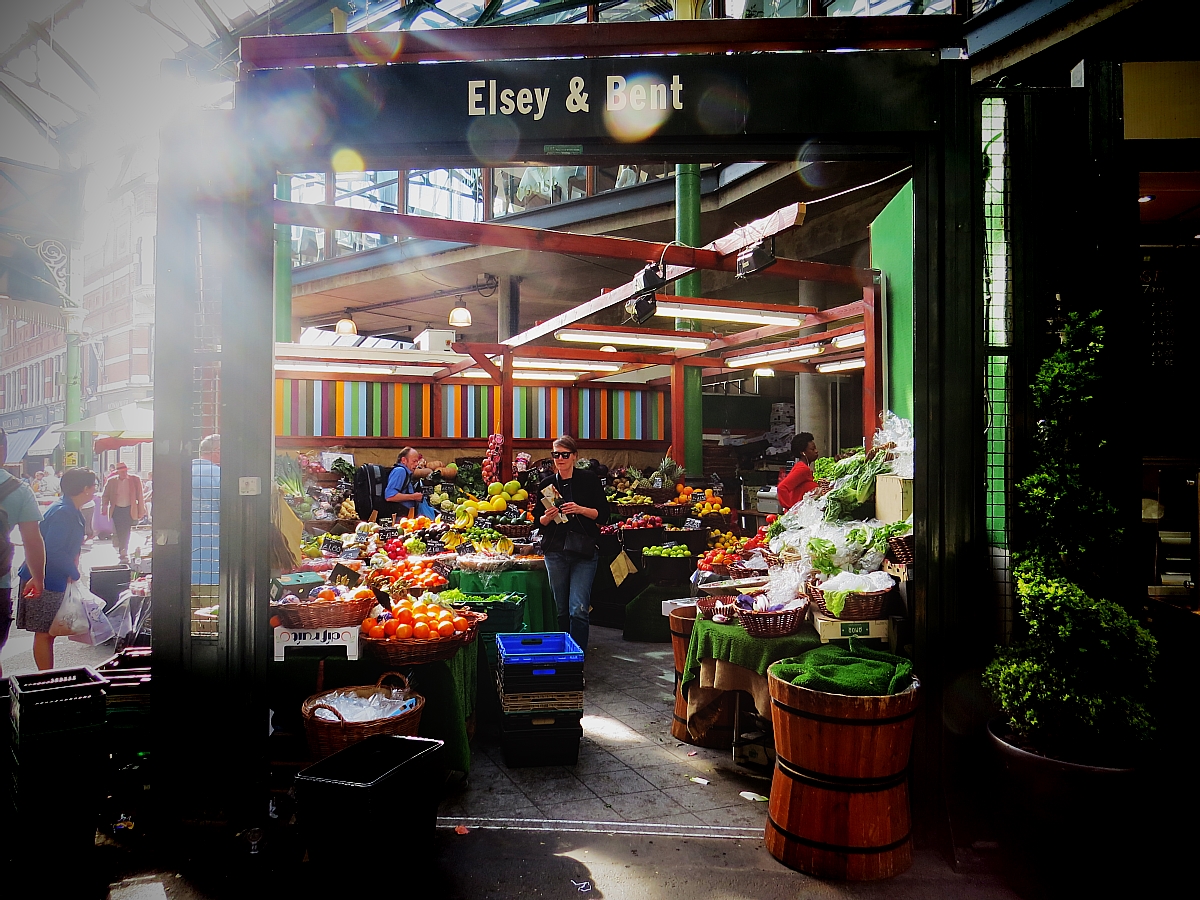 I saw beautiful produce everywhere, but the most beautiful was at Elsey & Bent. Maybe, it was the way the light was streaming in, but their produce looked the freshest. Also, they had all kinds of unusual produce, I’ve never even seen before. Hopefully, you rented a flat with a kitchen and can take some back with you to cook. 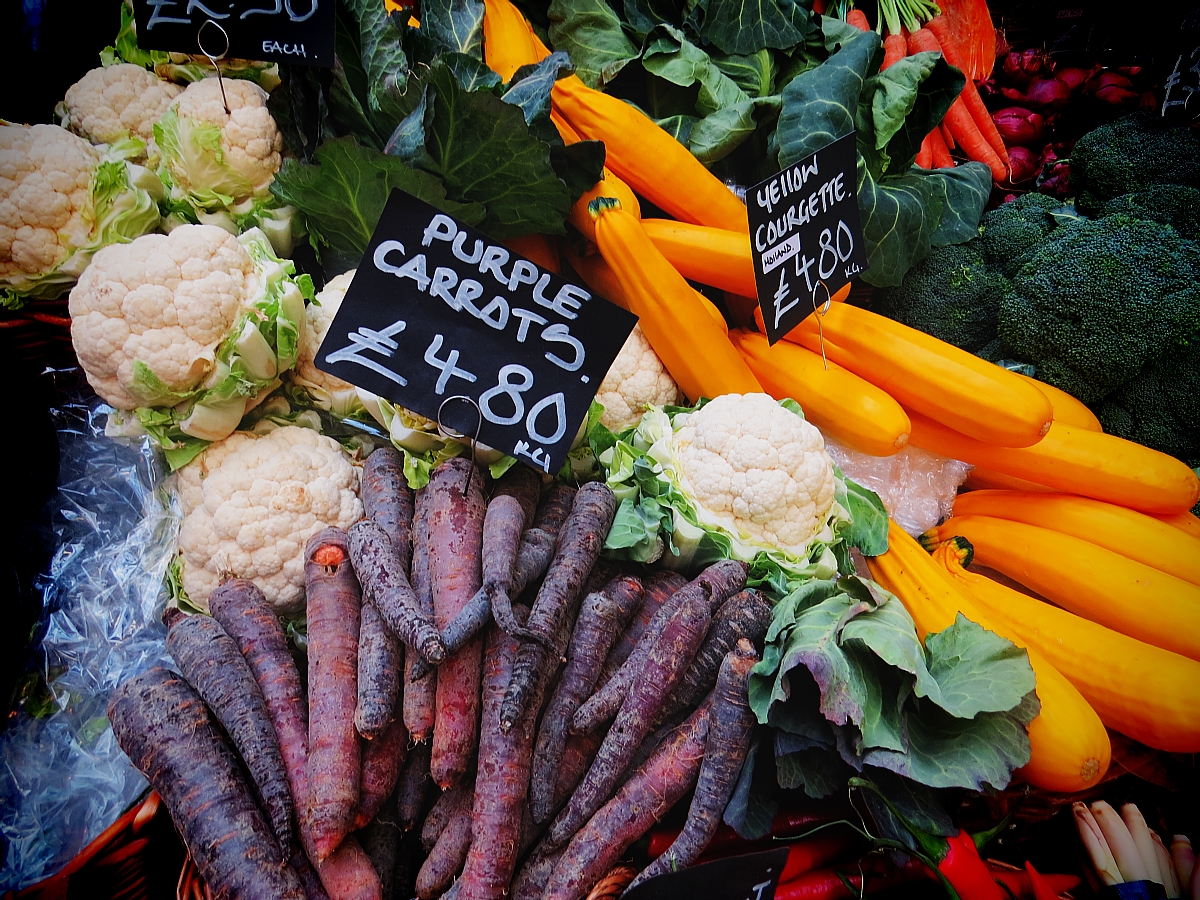 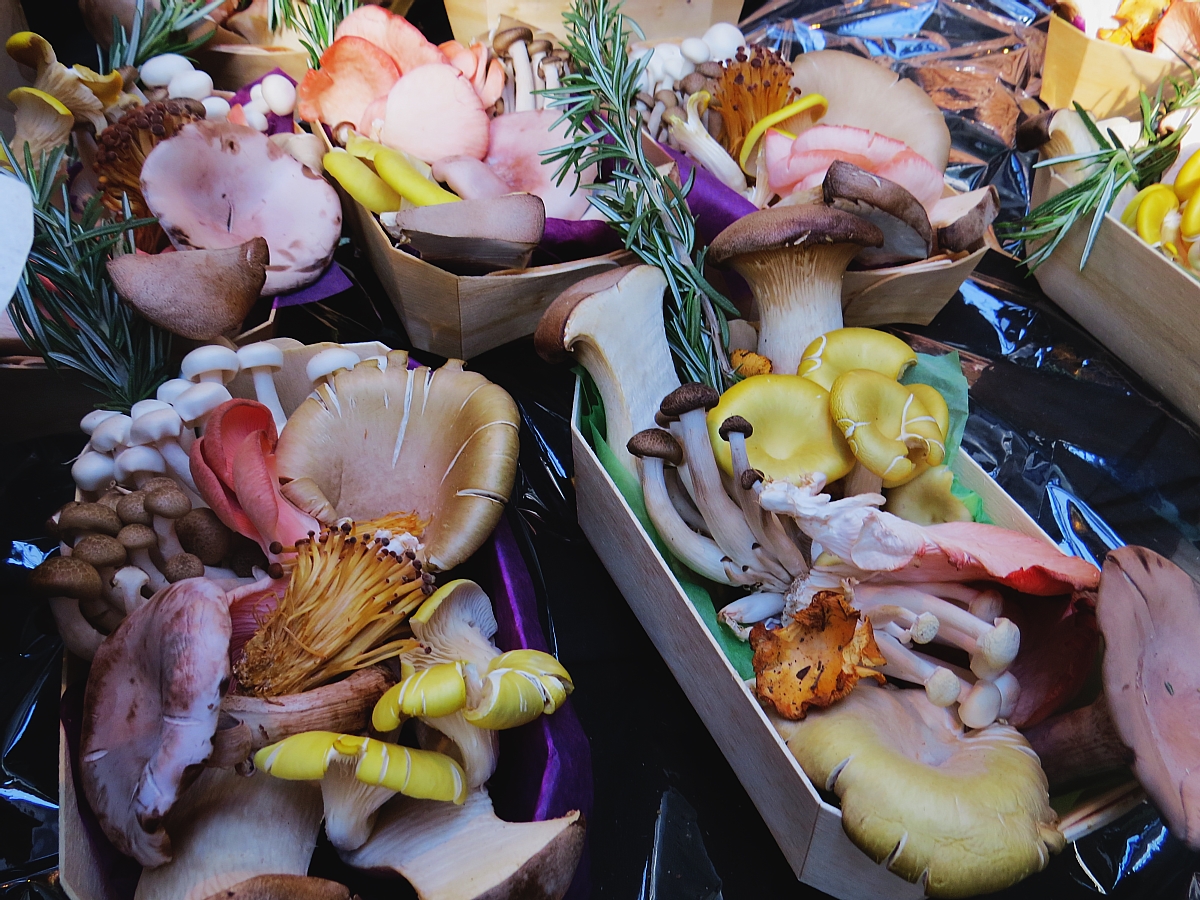 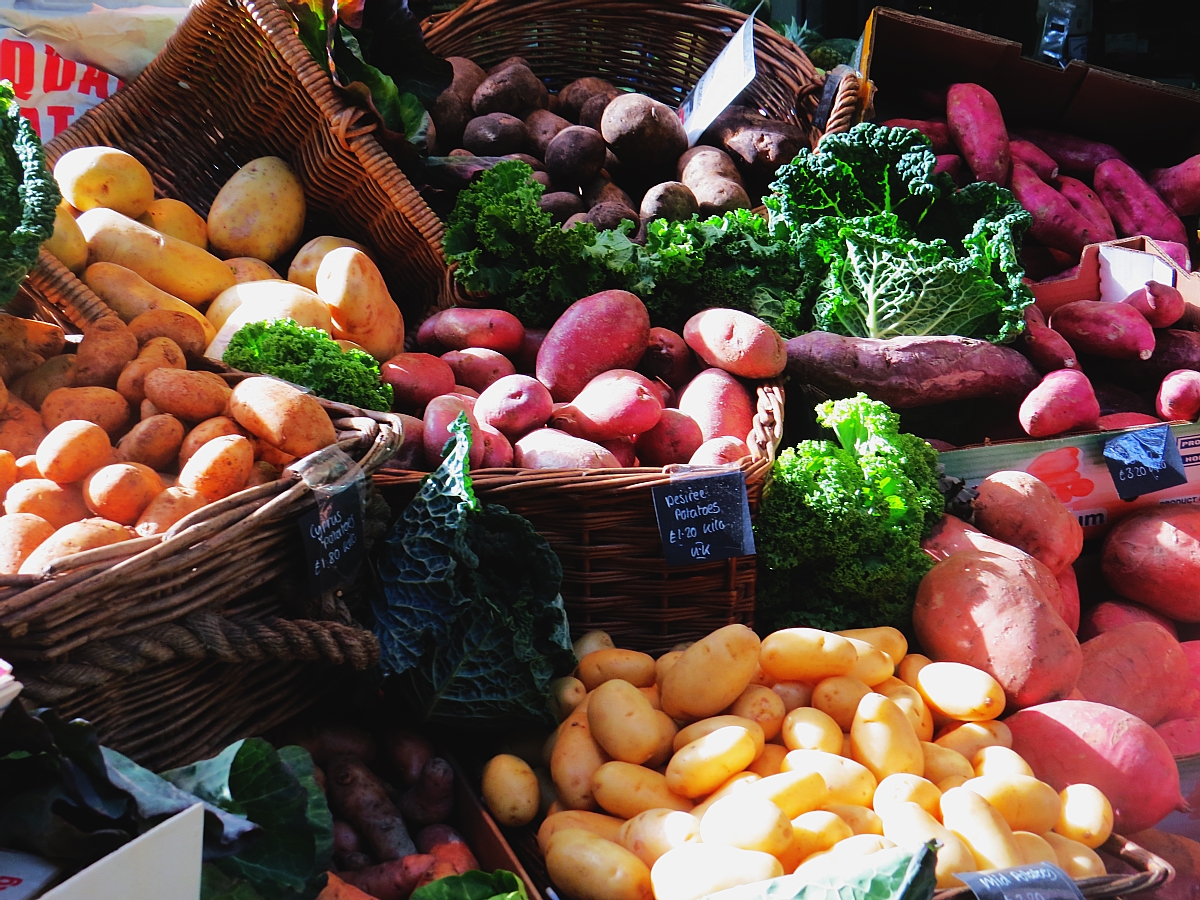 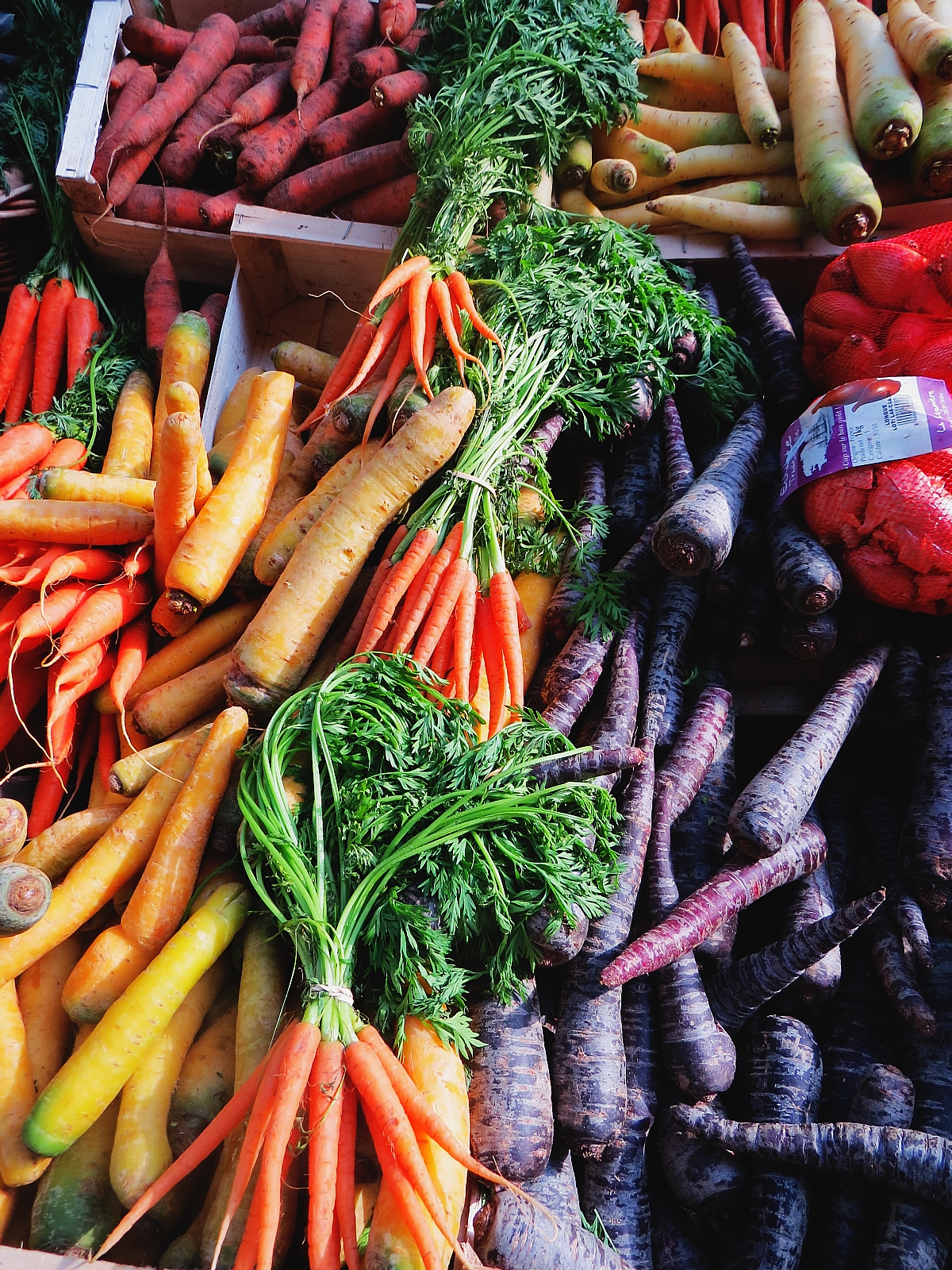 a rainbow of carrots 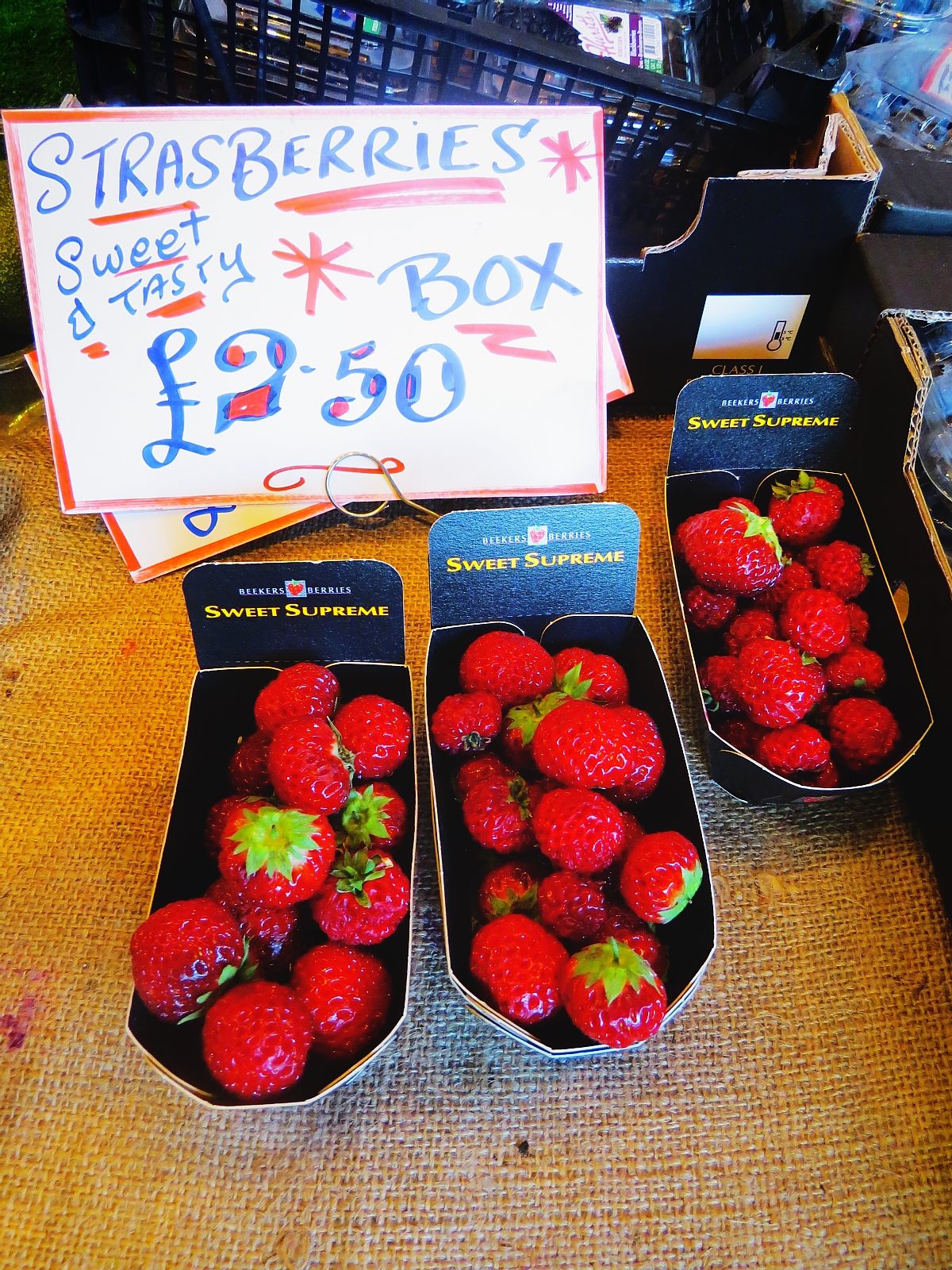 strasberries to make you sigh…. 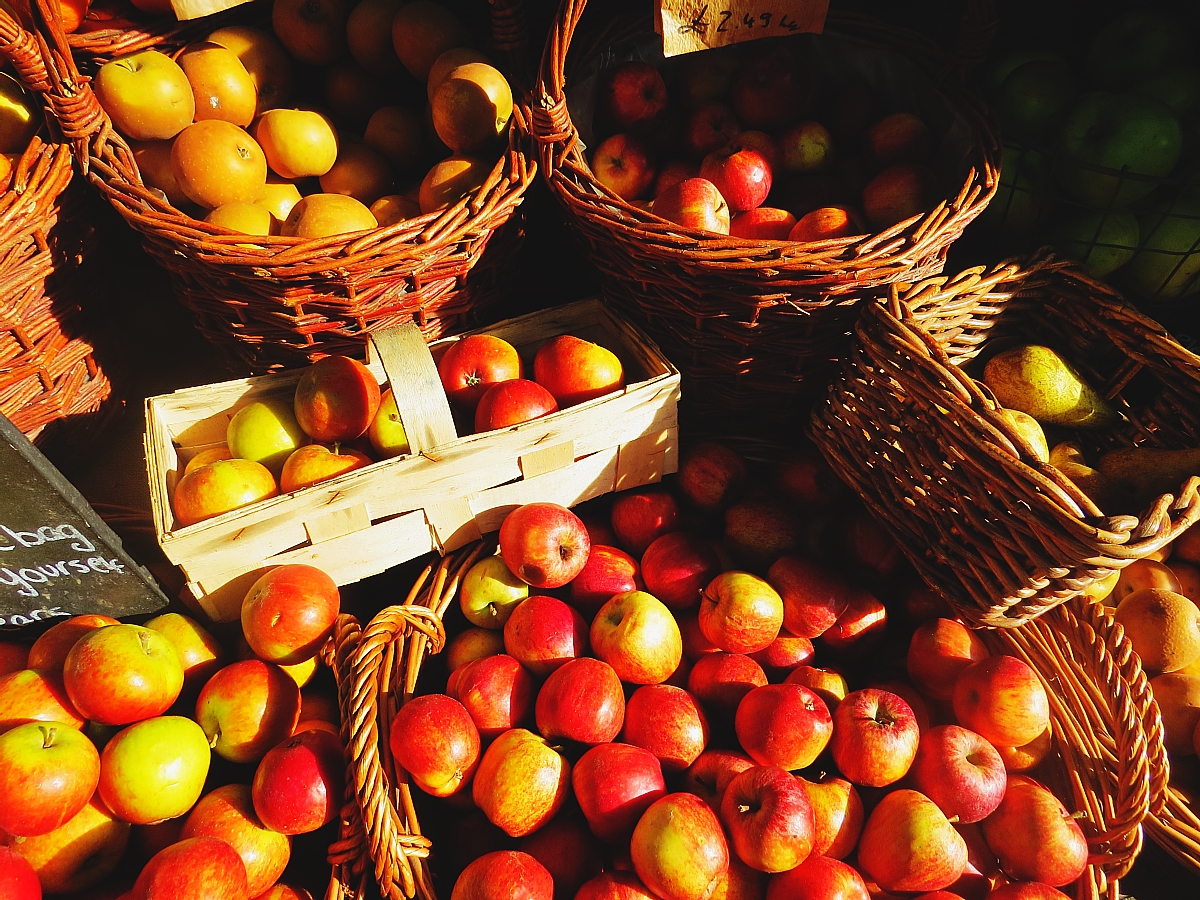 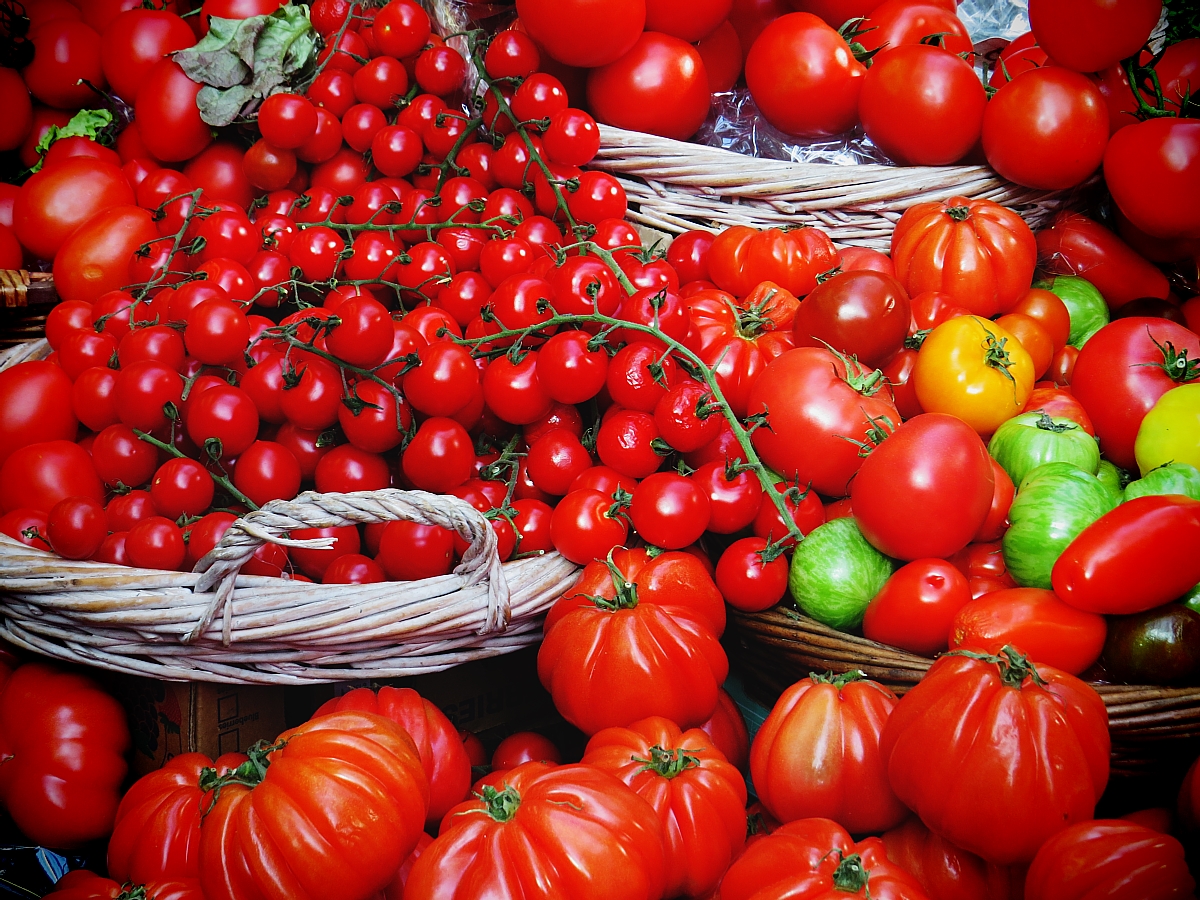 the ripest of tomatoes 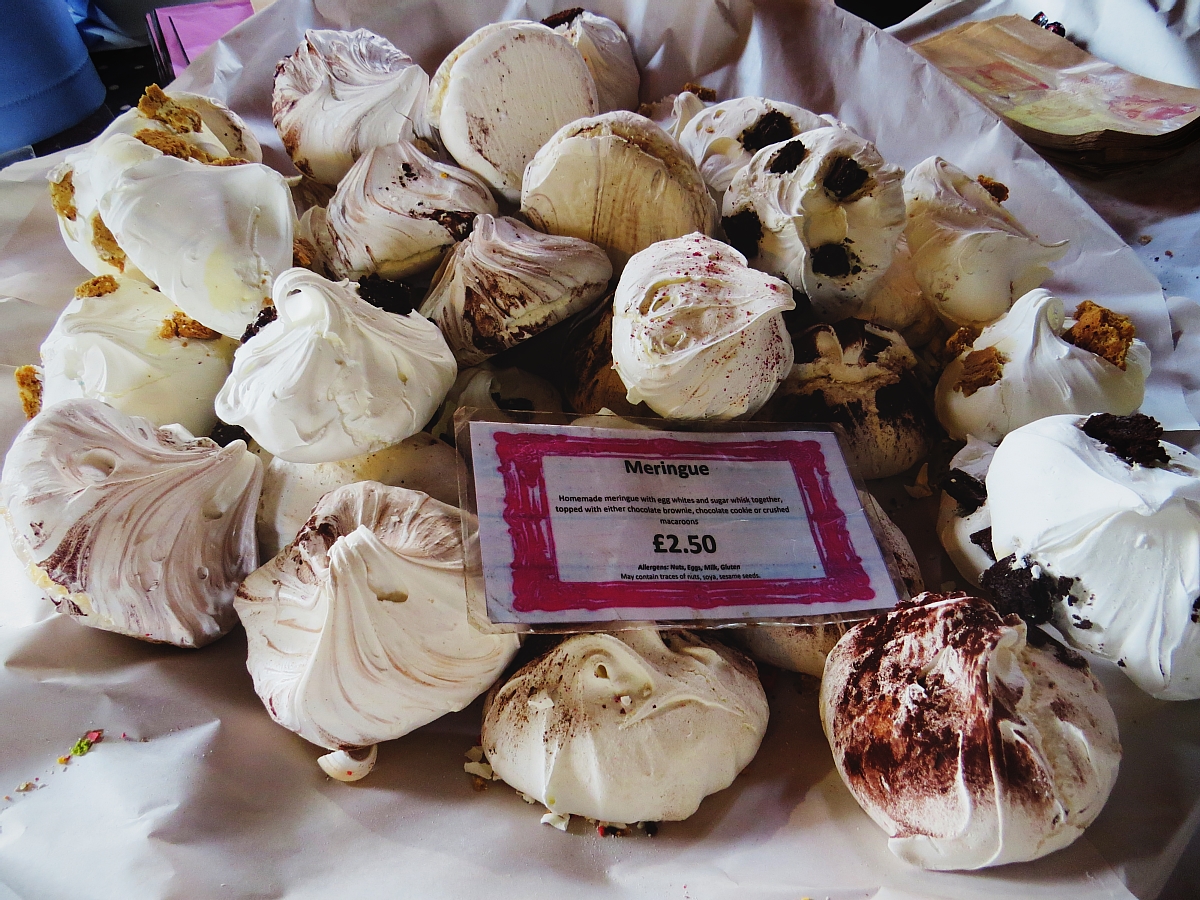 Is there anything more beautiful than a cloud of meringue dissolving in your mouth like a pillow. These were huge and perfect in every way.

5. Doughnuts From Bread Ahead 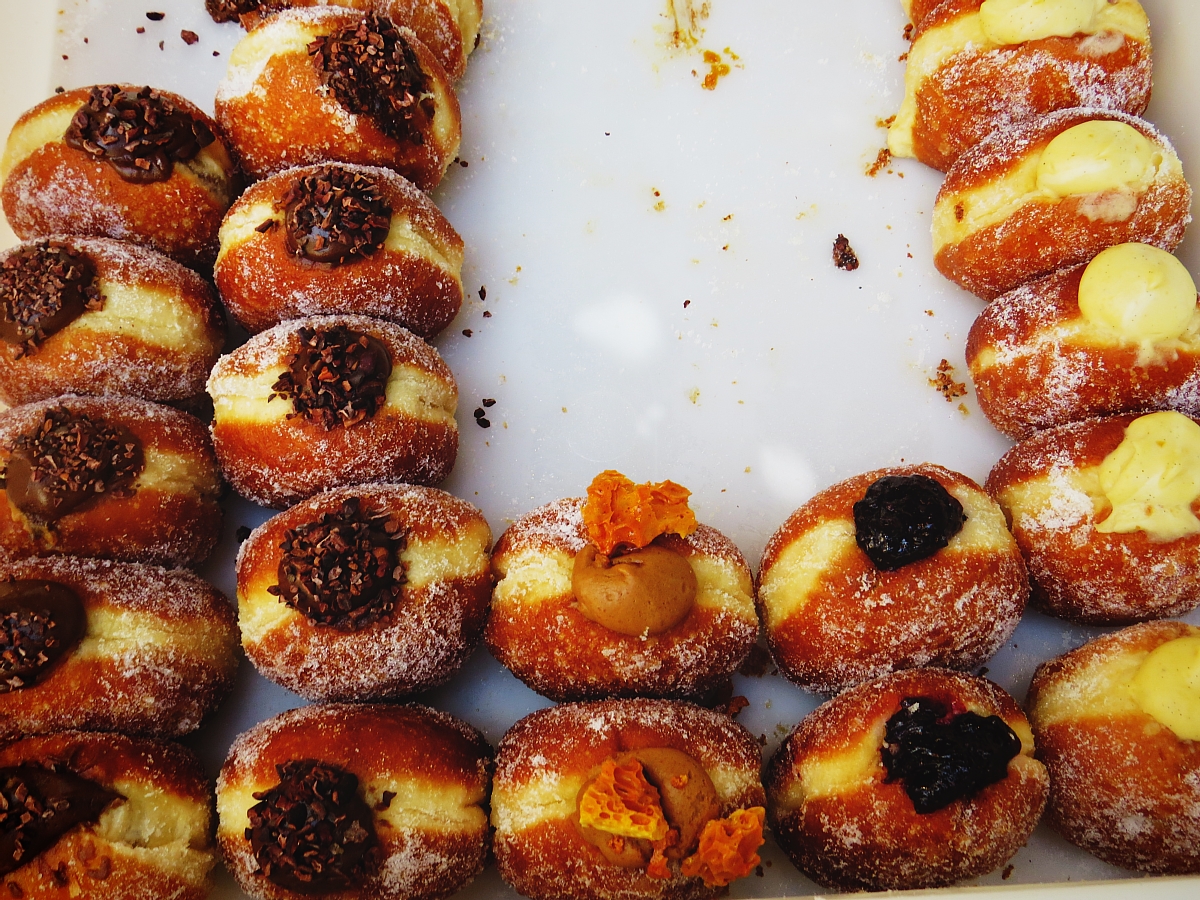 There’s a reason the doughnuts at Bread Ahead Bakery are legendary (in fact, often voted the best doughnuts in the world)! They have the most unusual fillings such as caramel custard and salted honeycomb and homemade blackberry jam, yet everyone’s favorite seems to be the vanilla one. Eat one now, and take a few with you for later. You won’t regret it! 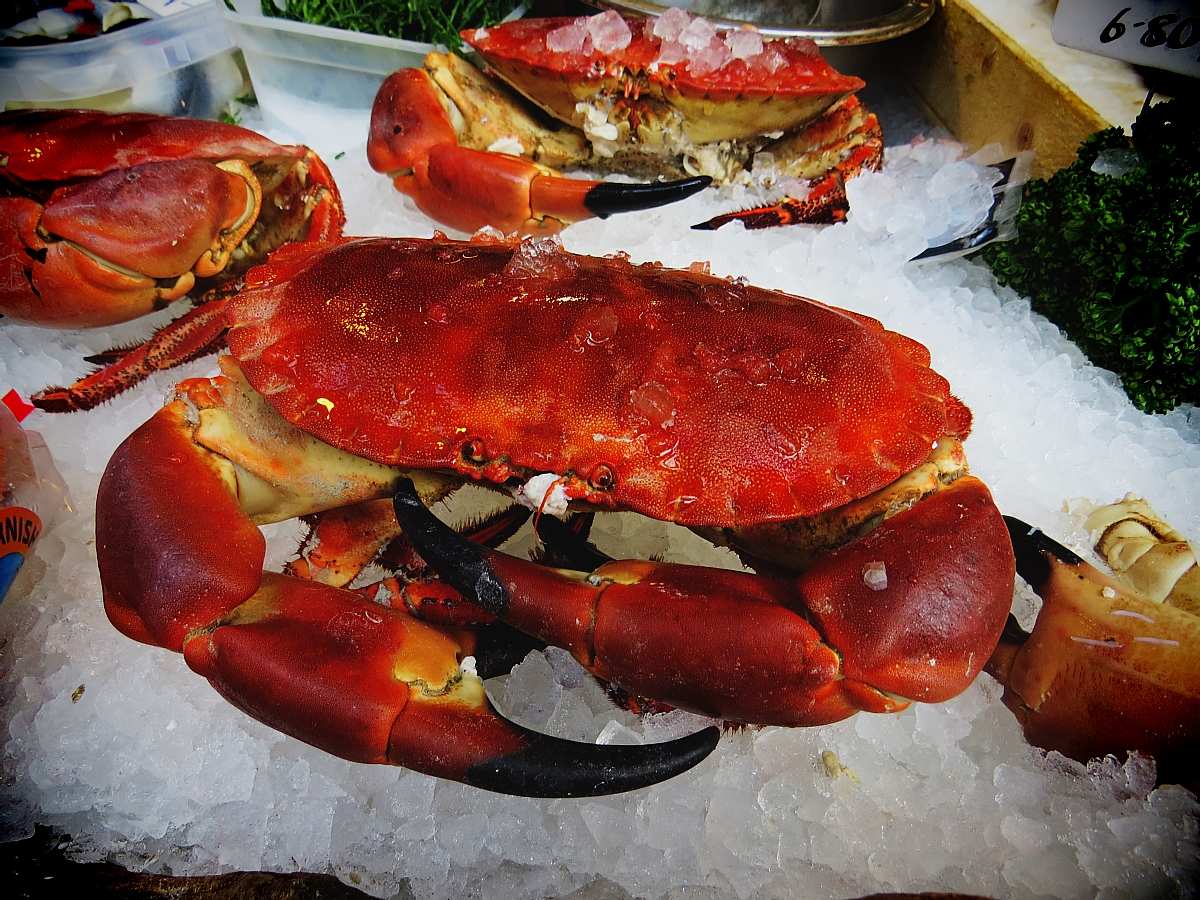 My mouth was hanging wide open in awe as I gaped at the crab, seafood, and quality of the meat at The Borough Market. I definitely left very jealous of the people who get to live nearby. 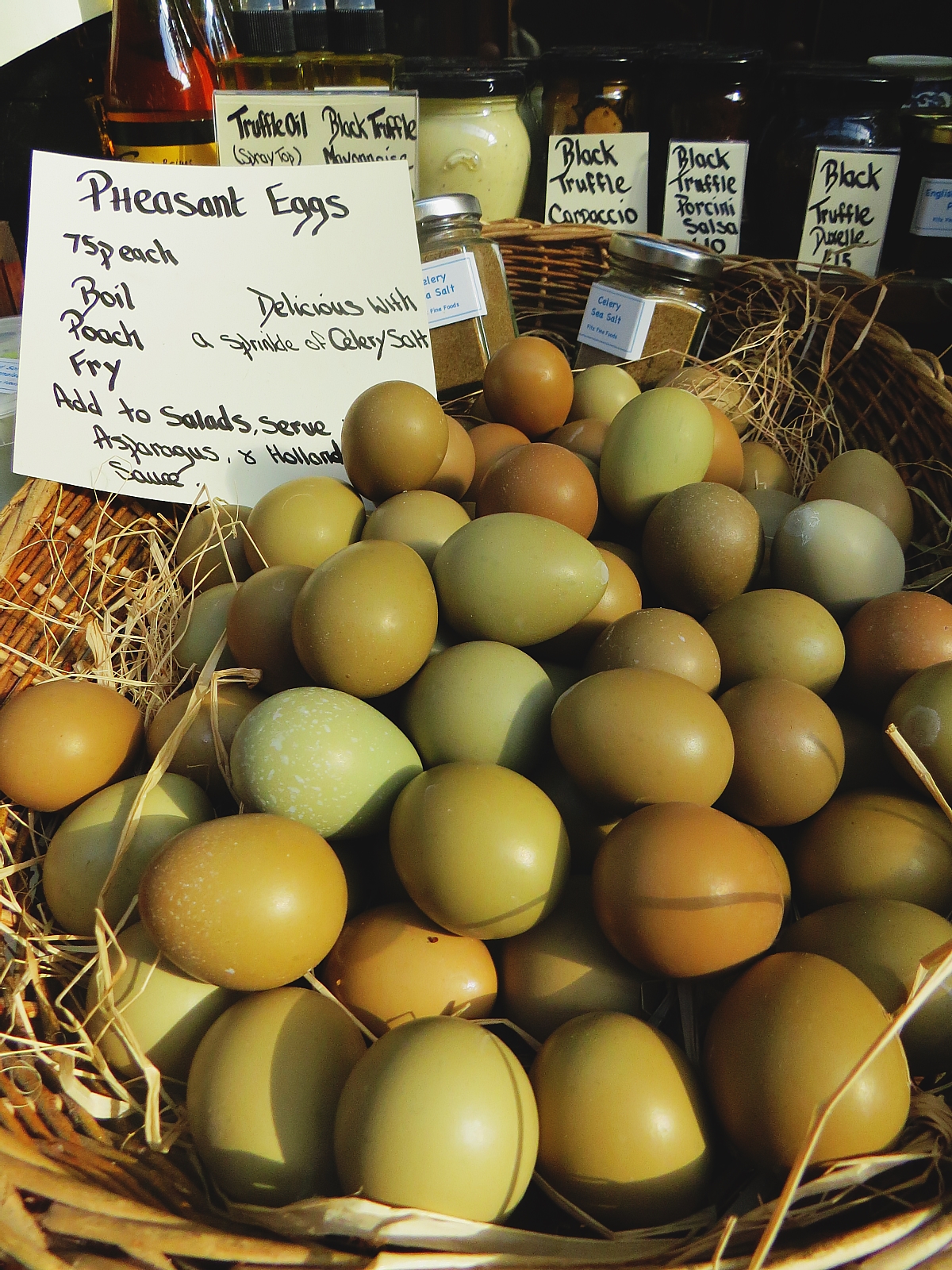 For your last stop, grab some pheasant eggs and black truffle to use for a decadent breakfast the next morning. That way, you’ll have something incredible to eat while you’re missing the market.